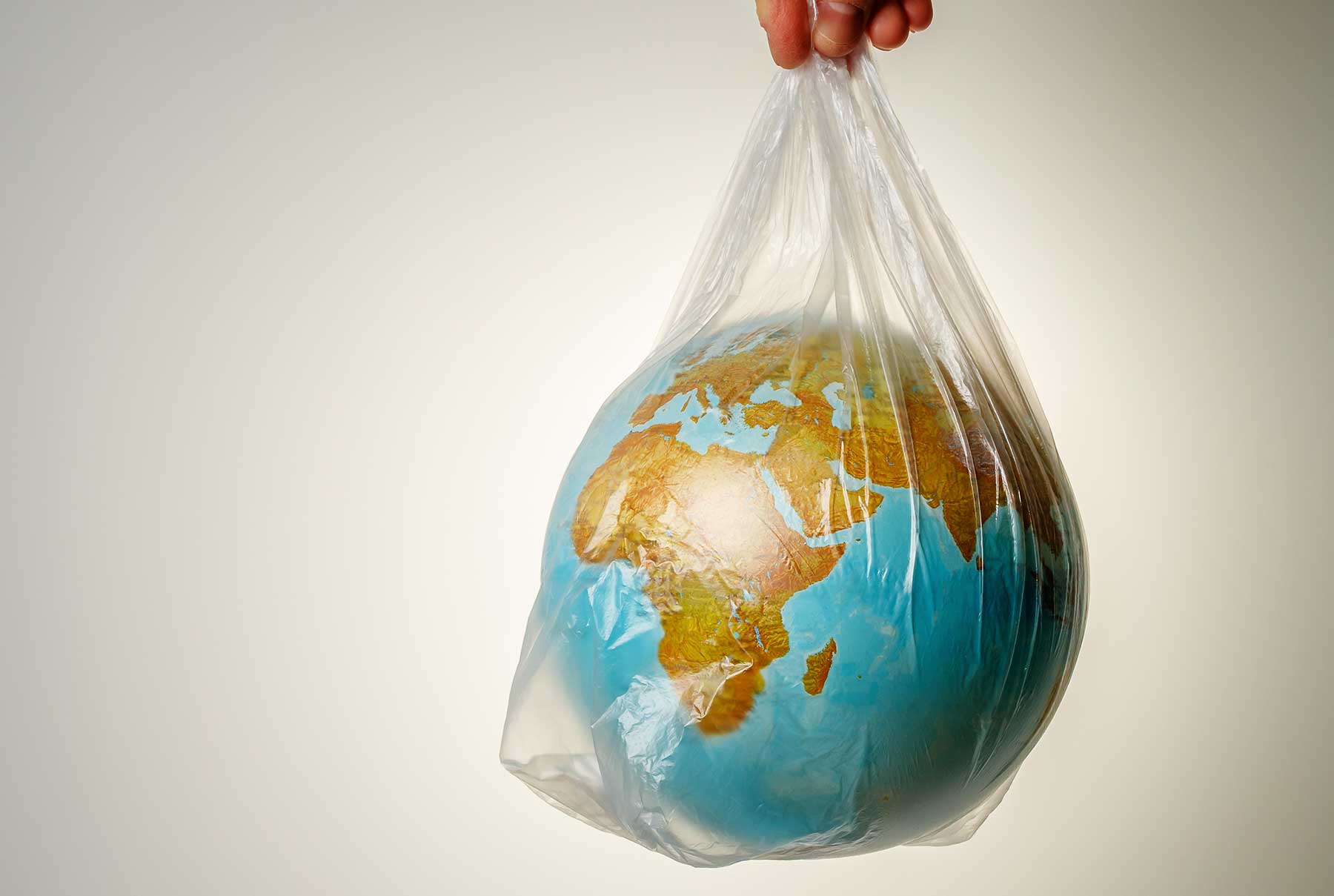 5 Ways the food industry could help save the planet

I don’t think anybody could miss the shocking announcement this week that we have a ‘climate catastrophe’ on our hands. An intergovernmental report found that global warming is progressing at a much faster rate than previously thought and the world is now off track. This means that urgent changes need to be made to the way we live as a world, and as individuals. 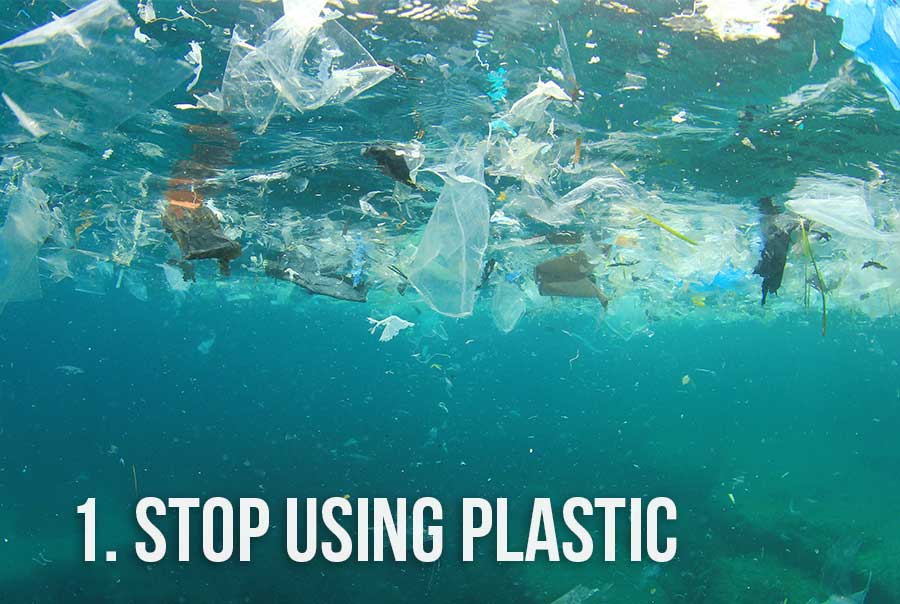 Blue planet was the moment for a lot of individuals realisation that the world needs to reduce the amount of plastic used. At least 8million tonnes of plastic is dumped in the ocean every year and the ocean is now expected to contain more plastic that fish by 2050. Ingesting plastic has life threatening effects on wildlife, and this plastic will eventually end up being digested by humans. On average, Europeans consume up to 11,000 microplastics per year through the fish they eat.

Just 14% of plastic packaging used globally is recycled, this means the rest is thrown in landfills or the ocean where it won’t degrade for many years. Disposing of plastic is not the only problem, a large amount of harmful emissions are a bi-product of plastic production, including greenhouse gasses, which is why it’s not only important to recycle plastic but also find alternatives to the material.

Many businesses are increasingly responding to concern over the negative impact that plastic waste is having on the environment;

• Carlsburg have stopped using plastic ring holders and have switched to using recyclable glue, a step they say will reduce plastic by up to 76%

• Lots of smaller shops are popping up who only sell loose produce and encourage customers to use reusable jars and boxes instead of purchasing from supermarkets where a lot of plastic packaging is used.E.g Hetu in London

• Fast food chains such as McDonalds, Burger King and Subway are clamping down on the plastic used in their restaurants

• Many coffee shops, including Starbucks and Pret now offer discounts on drinks when customers bring in their own re-usable cup 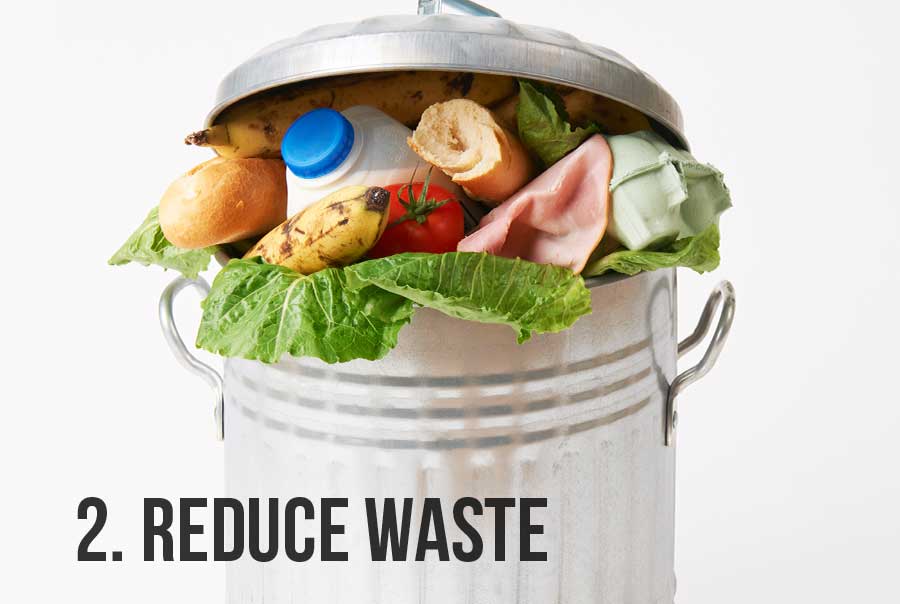 Food waste doesn’t seem like it would be that big of a problem when it comes to global warming. However, if food waste were its own country it would be the third largest greenhouse emitter, after only china and the US. 30-40% of the food produced in the world is never eaten, one of the main reasons is due to increasingly high specifications for products, meaning that if any food item, even a slightly misshaped carrot, doesn’t meet specs, will be sent to landfill. A report has found that 320m perfectly edible meals are thrown away by British food establishments every year, costing businesses 2.5m a week! So, waste reduction would not only save the environment but also companies money.

As the issue of waste has become more highly reported, and UK hospitality providers are realising the huge amount of money they are throwing away, increasing numbers of restaurants and supermarkets are doing their bit to reduce waste. There is also a large number of social start-ups which aim to cut food waste;

• There is a wave of zero waste establishments opening across the UK including Silo, the UK’s first zero waste restaurant who now teach restaurants across the country how to reduce their waste

• Nine lives, a cocktail bar in London ensures they use every part of the ingredients they use in their cocktails and anything left over is composted on site

• ‘Too Good To Go’ is an app which helps stores to sell their surplus food, reducing the amount which is thrown in the bin

• Winnow, a tech start-up, weighs food waste in restaurants and then asses the value of what is being dumped, both in terms of cost and environmental impact. Kitchens can then use this information to cut food waste between 40-70% as they can see which foods they throw away the most and therefore what they need to cut from the menu. 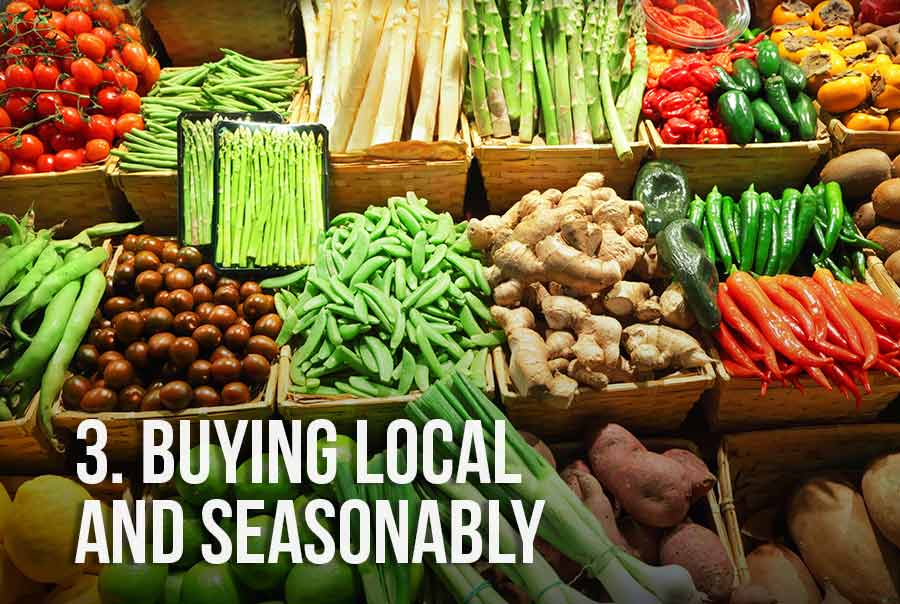 Most of the food on our plates has travelled thousands of miles to get there. 95% of our fruit and half of our vegetables are imported, contributing to carbon dioxide emissions through the transport being used to deliver the food. Importing food is also leading to acres of the rainforest being destroyed every day, 10 football fields per second to be exact, just to be used as farmland, this also massively impacts the environment. The most common form of transporting food, once it’s done thousands of miles by air to get to the UK is by lorry, these lorries account for 25% of CO2 emissions. If more restaurants, cafes and supermarkets were to not only buy locally but also seasonably they would reduce their environmental impact hugely as the food is in season and can be grown in the UK instead of in other countries, thus reducing the requirement of air freight

Buying local and seasonably not only reduces Co2 emissions but also means that ingredients are fresher and encourages restaurants to be creative with their menus. It’s also a great marketing tool especially as consumers become more aware of how important it is to shop local! Below is a list of some restaurants who buy local and seasonably;

• Tiny leaf, a restaurant in London, changes its menu regularly depending on what surplus food suppliers who they work with have

• Wahaca pride themselves in sourcing their food locally and responsibly

• Fullers ensure that all their ingredients are traceable and are sourced locally. They believe that locally grown food is fresher and tastes better. They also do everything they can to make sure their food is in season with pub and restaurant menus changing to incorporate the freshest, local ingredients. 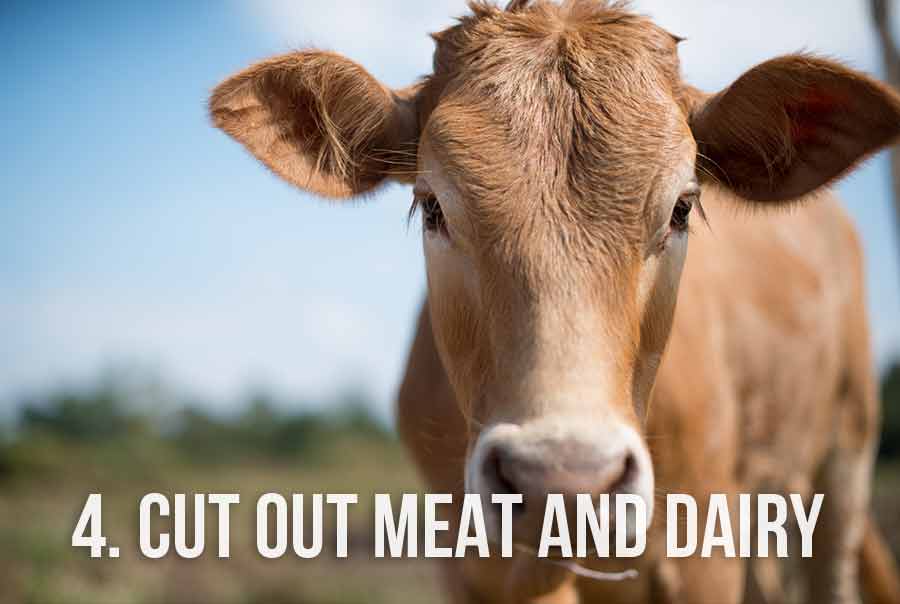 Avoiding meat and dairy is the single biggest way for an individual to reduce their impact on the earth. That is quite the statement and it seems to be impacting many consumers actions with increasing numbers of individuals choosing to be Vegan. Without meat and dairy consumption, global farmland could be reduced by 75%, that’s equivalent to the size of the US. A vegan diet would not only reduce greenhouse gasses, but also reduce land and water use, all of which are hugely damaging to the planet.

If we were to cut our consumption of everything else to almost zero we will still drive living systems to collapse, unless we change our diets.This shows just how important it is for restaurants, cafes and supermarkets to make it easier for consumers to be Vegan. A plant-based diet can often be expensive and boring, however, some companies are doing all they can to make vegan easy;

• Many high-street restaurants and even pubs are choosing to increase the size of their vegan menus, for example you can now visit a Hungry Horse restaurant and have a three-course plant-based meal

• Beyond meat have developed a Vegan burger that ‘bleeds’ offering consumers the experience of eating meat without the cost to the environment. Available in Tesco and from Honest Burgers

• Ben & Jerrys have developed a range of vegan (dairy free) Ice cream which sits as an alternative alongside its original flavours. 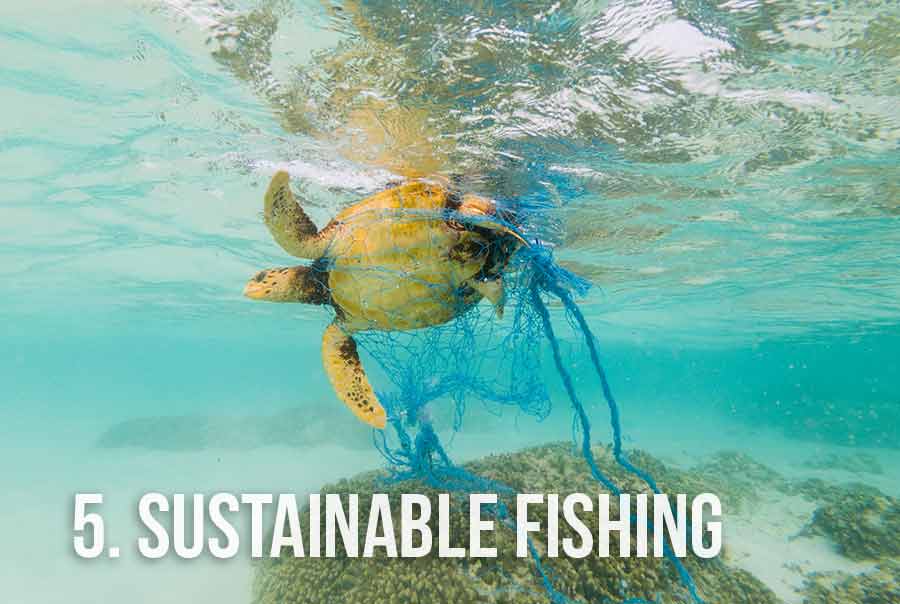 New technologies have been developed which allow humans to remove fish from the ocean at a huge scale in order to supply the growing population with fish. However, this has a huge impact on the environment. Some species have been overfished to a point where they are near extinction, a common example of this being Cod.

Fishing also leads to habitat destruction; dredging decreases water quality, seafloor trawling destroys corals and oyster reefs, blast fishing, where dynamite is used to catch fish is lucrative for the fishermen but destroys coral reefs. Discarded fishing gear such as nets cause a phenomenon known as ‘ghost fishing’ which is both wasteful and destructive.

Damaging these eco-systems has a huge impact on water quality and may lead to the extinction of many different species of marine life. Not to mention oil leaks, largely caused by fishing boats which destroy areas of the ocean and pollute the water, therefore having a huge impact on the environment!

So how can companies reduce the damage that fishing has to the environment without stopping the practice completely? This is through sustainable fishing, where enough fish are left in the ocean, and better practice, something which many companies are becoming more aware of;

• Feng-Sushi, a mini chain based in various locations in London only sources and sells fish from sustainable sources. The back of their menu details where every fish is from, and if it cant be sources sustainably they cut it from the menu

• Hook is a fish and chip restaurant located in Camden who sell fish and chips made from the finest, most sustainable ingredients. They only work with small and local fisheries, cutting down their carbon emissions too!

• Aldi has been named the best British supermarket for sustainable fish, with Sainsburys coming a close second.

Let’s hope that many more in the industry begin to realise the impact they are having on the environment and take some steps to help save the planet. We don’t have long to make a change so it’s important for Governments, industries and individuals to act now!

Read all about it;
www.bbc.co.uk