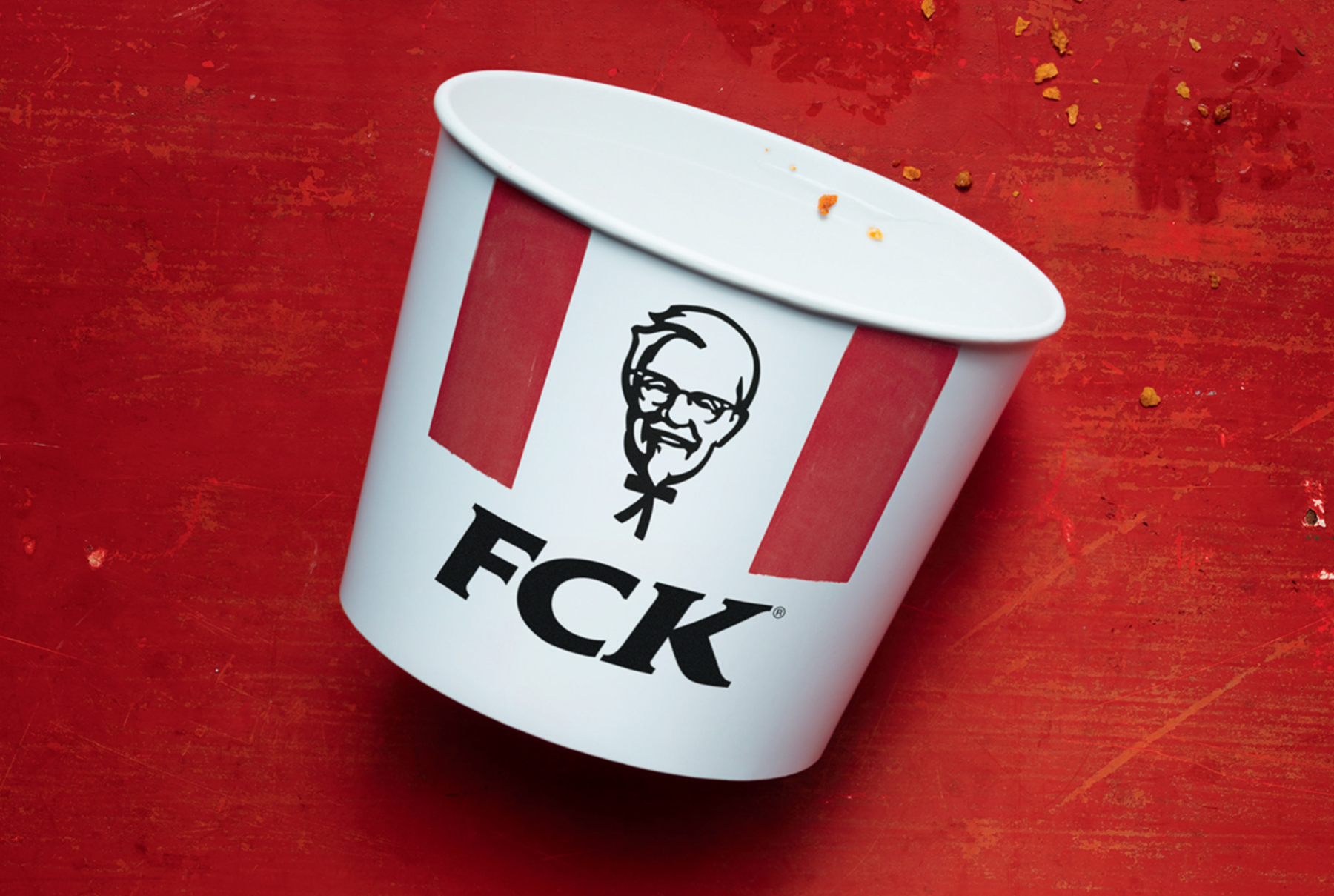 A couple of weeks ago it seemed that the fried chicken world we all know and love was coming to an abrupt end. KFC had one job, to sell ‘finger lickin’ chicken’. With no chicken, they could no fulfill their simple promise and thus left thousands, if not millions of their customers disappointed and unsatis-fried!

This could be the end for some companies – retrieving your position as number 1 can be very hard when your reputation is tarnished.

So, what did KFC do? They didn’t brush it under the carpet, they stood up and challenged it head on – like all the best brands do (or should do) – by communicating frankly and honestly with their audience.

The FCK piece showed that honesty and a sense of humour can help a brand in times of trouble, even putting a positive slant on the situation and in turn, also creating a talking piece and creating an ad that was massively shared and went crazy viral.

The ad was created by London based agency Mother. The headline simply rearranged the letters of its name to spell “FCK”. It was praised for it’s witty, sensitive and upfront approach. It lightened the mood at the end of a terrible week and left them coming out the other side on top.

A great example of how cool creative and honest communication can draw you closer to your audience and even endear you to a new following. It’s great to know that a creative solution prevented this iconic brand from kicking the bucket! 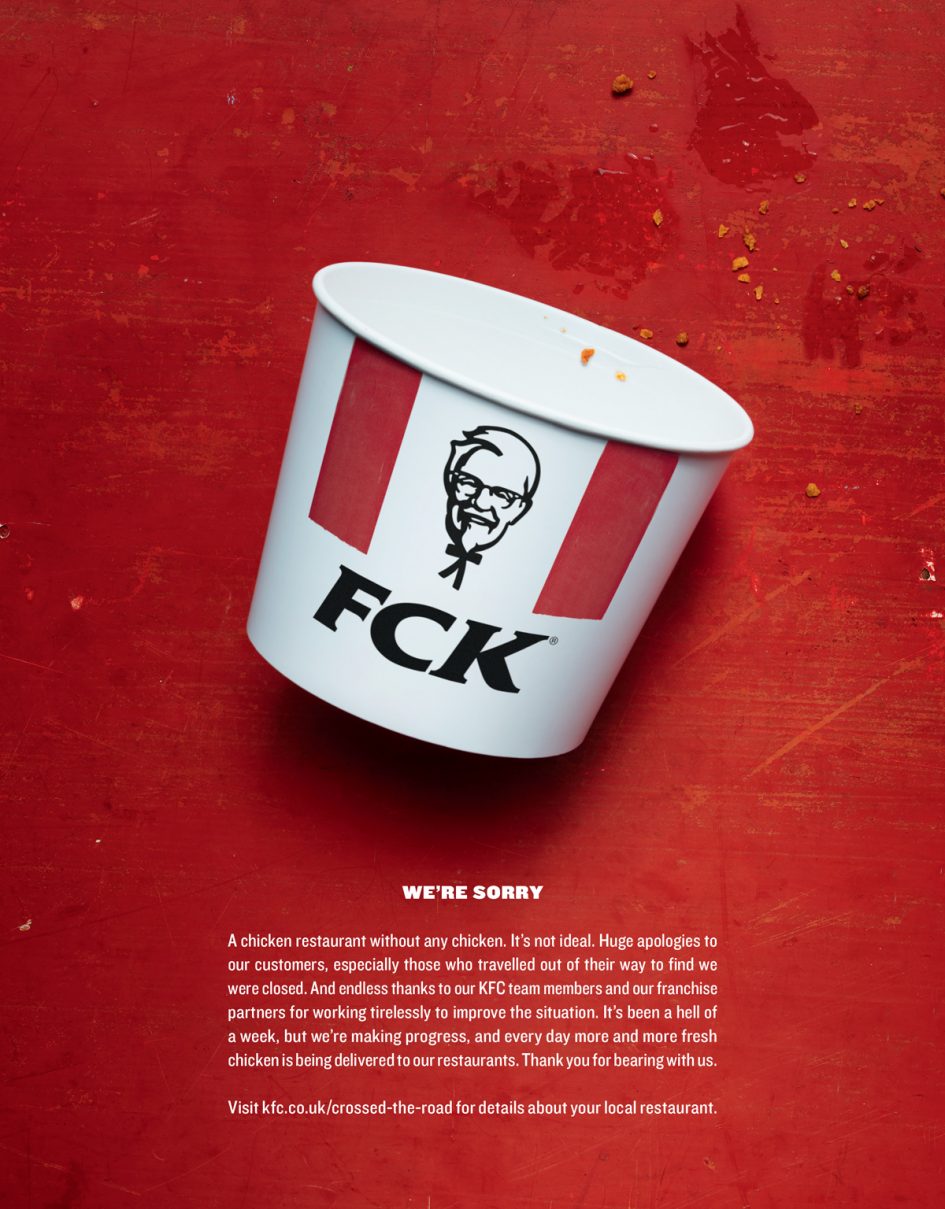