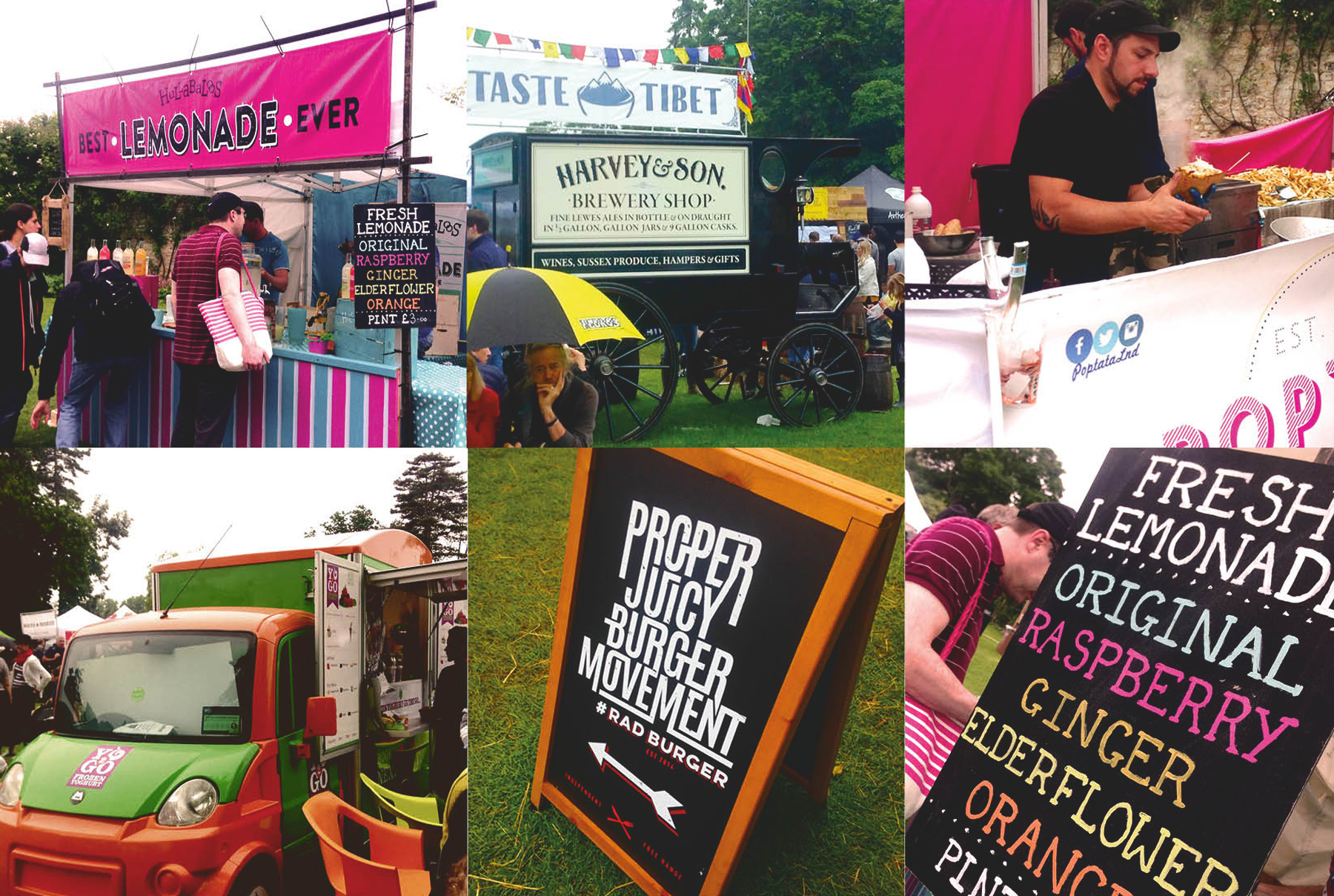 The final May Bank Holiday of 2017 welcomed the much-anticipated Food Festival at Blenheim Palace, a new event for such a spectacular place was sure to pack a punch. The event ran from Saturday through to Monday. I was lucky enough to attend on the Monday, with crowds of people and over 50 stalls the atmosphere was fantastic.

Hay bales, branded deck chairs, stalls in shapes of caravans and wooden huts swamped a vast area. The music filled the area and everyone was just having such a good time!

We followed the maze of smells and local produce around to figure out what to eat, if you’ve ever been to a food festival that is the biggest decision of your life! So much choice! We first stopped at a stall called Greek Street Food; a traditional Greek stall serving mezze wraps filled with grilled halloumi, chicken, salad and their traditional dressings. All served in a paper filled cone looking like a whopping dinner. What can I say? The taste of Greece! The wraps were dry and floury and the filling so fresh!

Eating to our hearts content we stopped off at a stall called The Garlic Farm, based in the Isle of Wight they’re travelling around the country to be part of the summer food festivals. All freshly prepared in front of you the food was out of this world! The best steak sandwich I’ve ever eaten, washed down with a locally made Pimento fiery ginger beer.

I could go on about this festival for hours, there was so much to see, eat and do. There were workshops and things for the kids, ice creams and bars and not to mention set in the most perfect place of Blenheim Palace where there is already a feast for the eyes.

So whatever you get up to this summer, find yourself a food festival! Here are some of the big ones worth going to:

There’s so many more, look out for your local events too! Have a great summer!