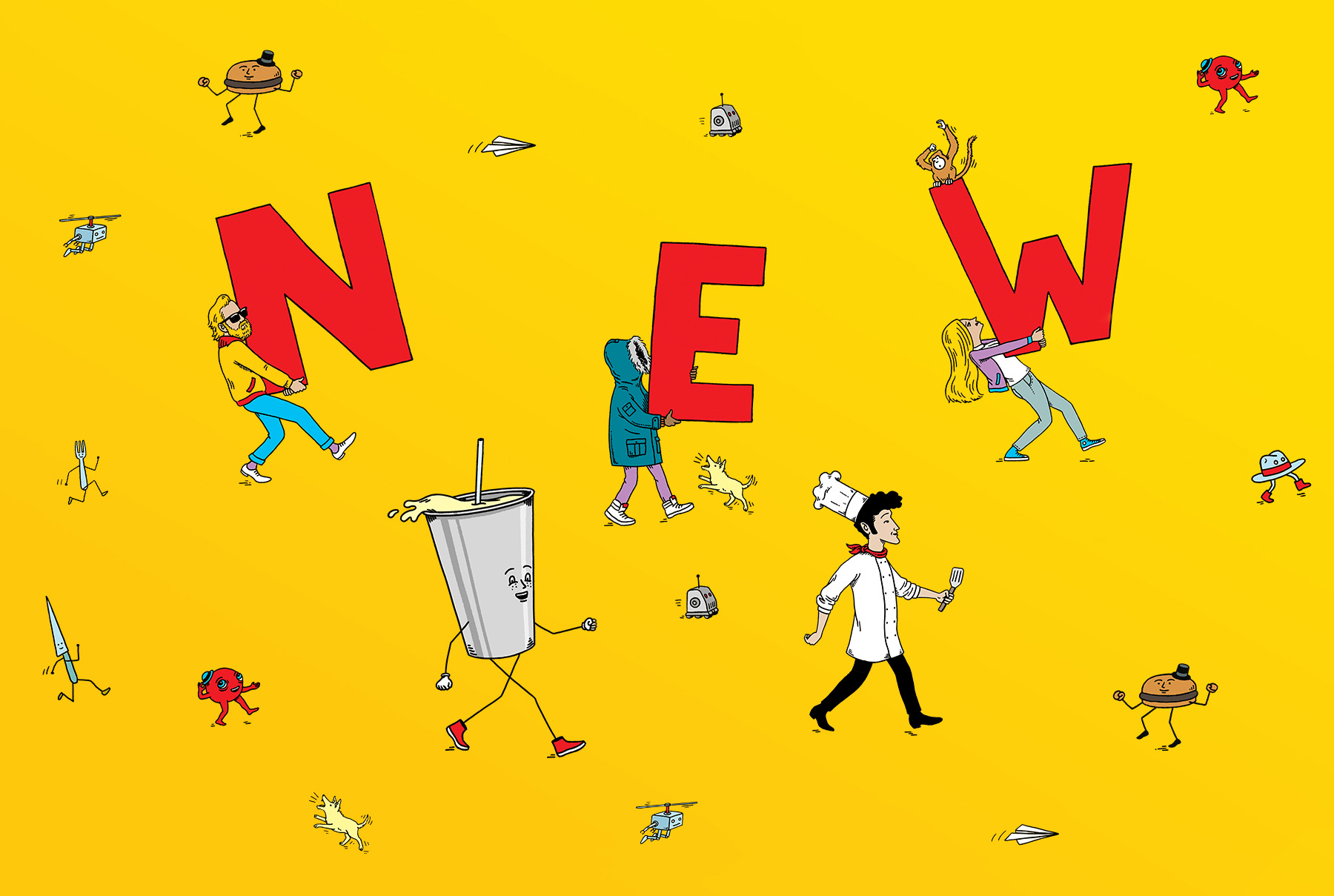 Hamburger chain Byron have launched their new website, byronhamburgers.com. Designed by Clubhouse Studios, it has a completely new look and dozens of new illustrations from three British artists Alice Bowsher, Alec Doherty & Andrew Rae. The choice to use three illustrators with different but complementary styles is interesting as it promotes playful inconsistencies that would be avoided by picking just one. 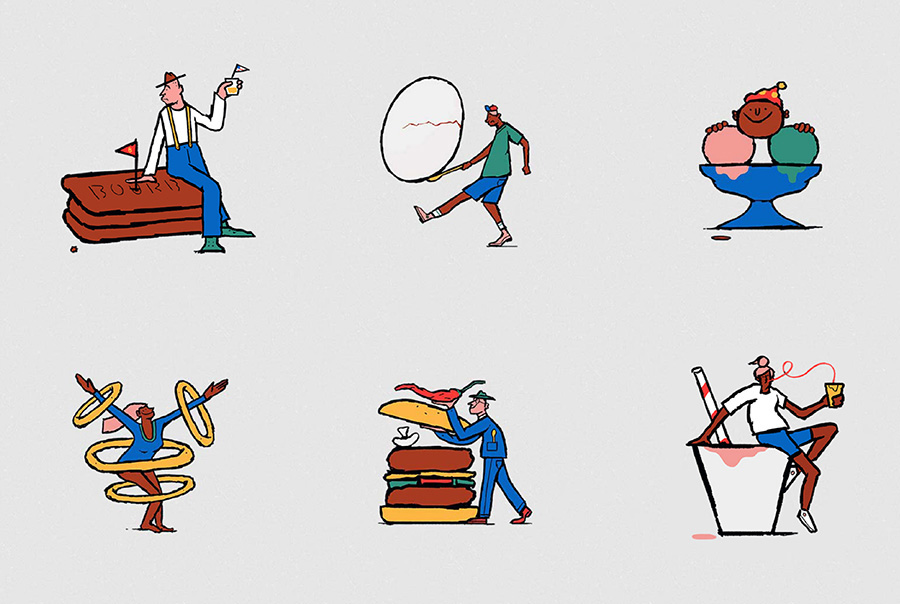 As it has grown, Byron has evolved as a brand; becoming a form of eclectic concept. It is part of a set of modern companies that are designed with the ability to flex so that they can immediately put themselves at the forefront of current trends. 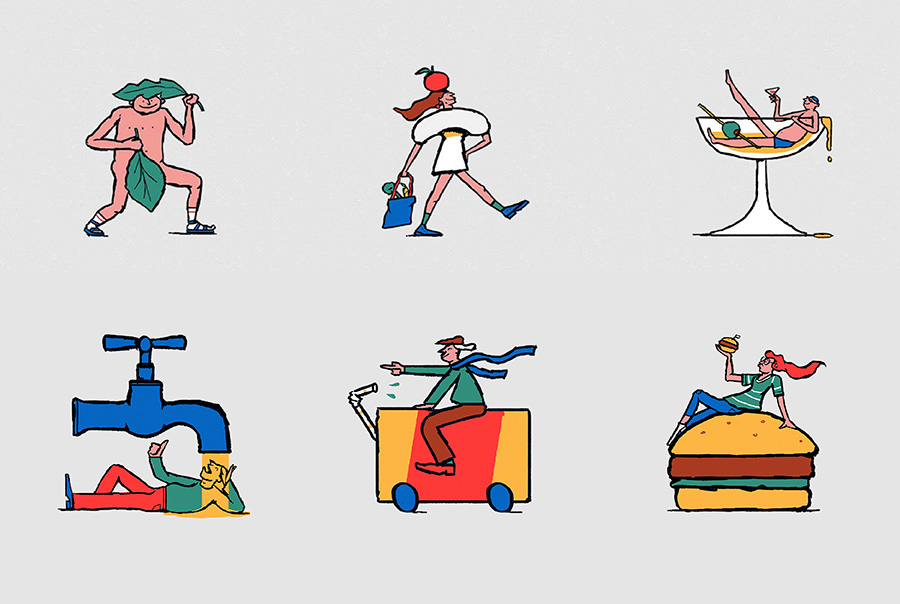 Byron was founded in 2007 and has expanded into an impressive 69 locations around the UK. As they grew, they diversified, with each restaurant distinct from the other. They have shown that they are a brand that isn’t scared to show a personality through use impactful typography & playful illustrations, benefitting from the popularity and character of the artists work. This follows in the same direction of High Street behemoth Nando’s who use the work of South African artists in their restaurants and their menus as decoration and a kind of cultural appropriation. 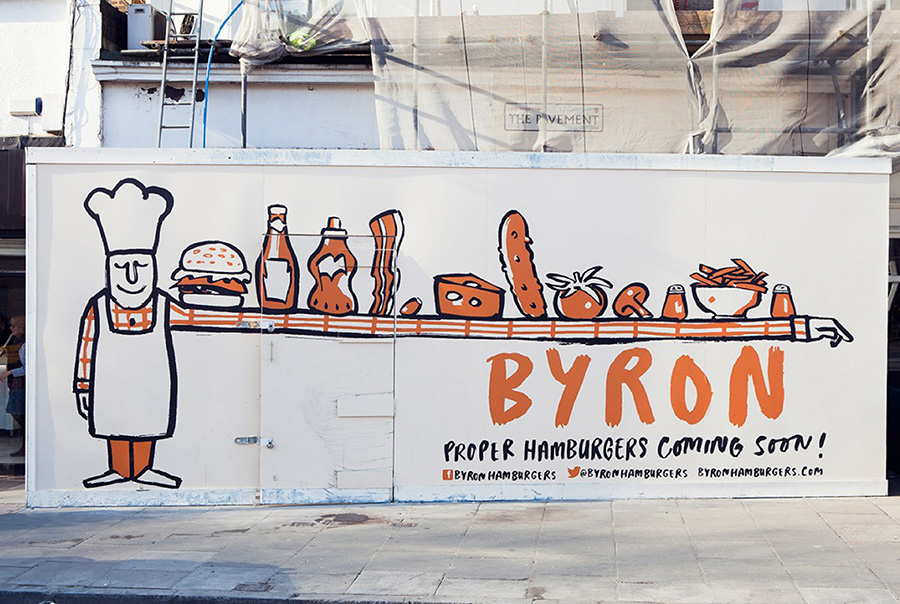 In the past, one of the most interesting and creative ways Byron has put their stamp on each individual environment was to commission artists to create eye-catching bespoke murals for each of their restaurants. On the exterior hoardings prior to opening and throughout their interiors at key points on the customer journey. In some ways the heavy inclusion of illustrations on their new online façade is an extension of this principle. 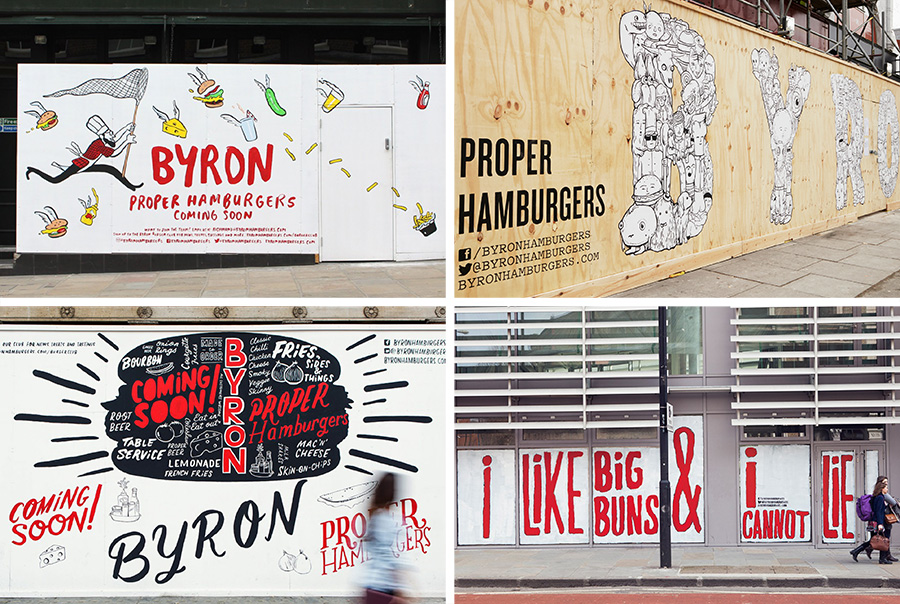 In the modern marketplace, with more competition than ever, I expect to see more brands follow on from Byron’s success in the coming years, using the work of illustrators and artists to elevate their brand above the corporate and head in a more playful direction. Embracing the inconsistencies that come with this approach and allowing them to be the most consistent factor of their brand. 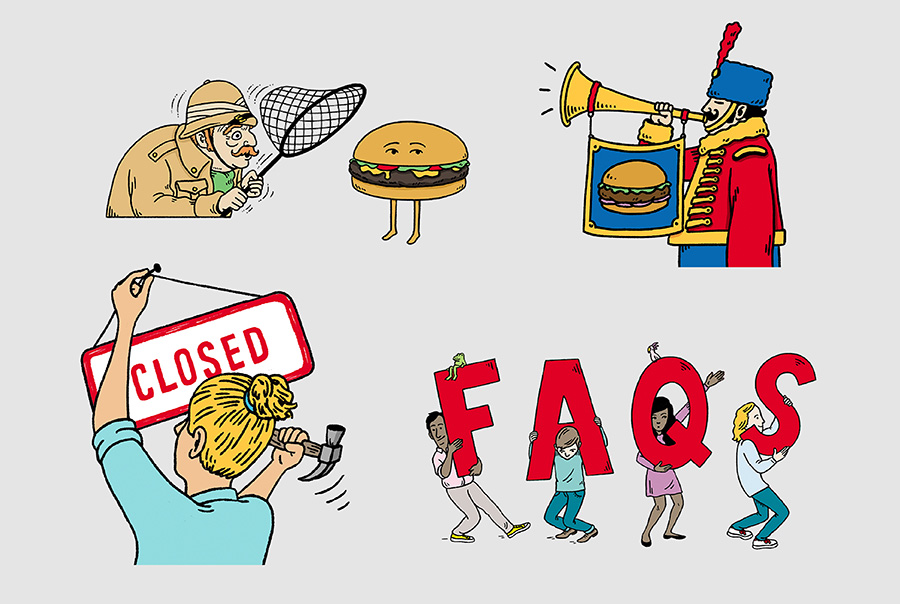