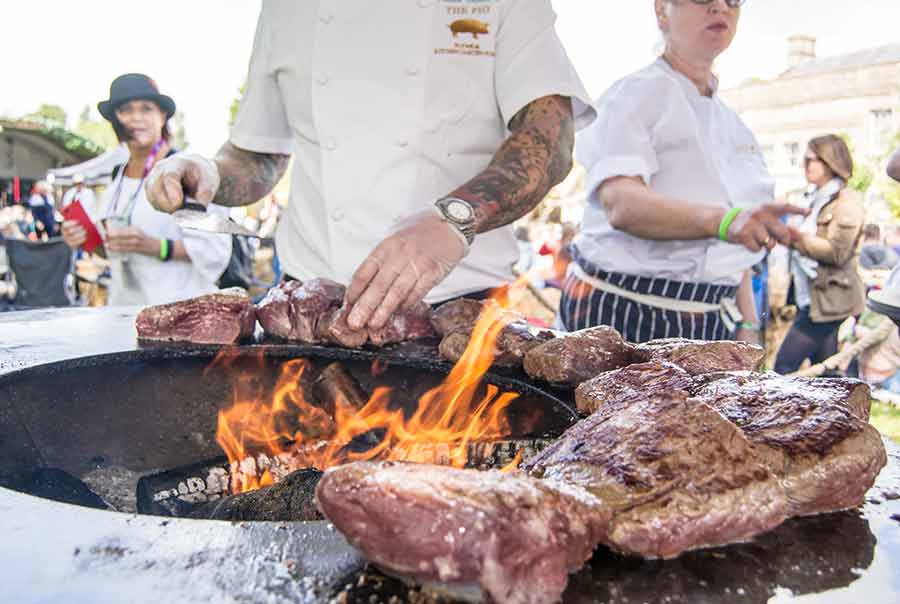 Some of the Coolest Food Festivals for 2019

Pub in the Park

Tom Kerridge’s Pub in the Park will be returning to different spots around the country in 2019 from May – September, kicking off in Higgison Park in Marlow and finishing in Verulamium Park in St Albans. This year music headliners include Jake Bugg, Kaiser Chiefs, Razorlight, Clean Bandit and Will Young, alongside a stellar food line-up, chef demonstrations, masterclasses and much more. 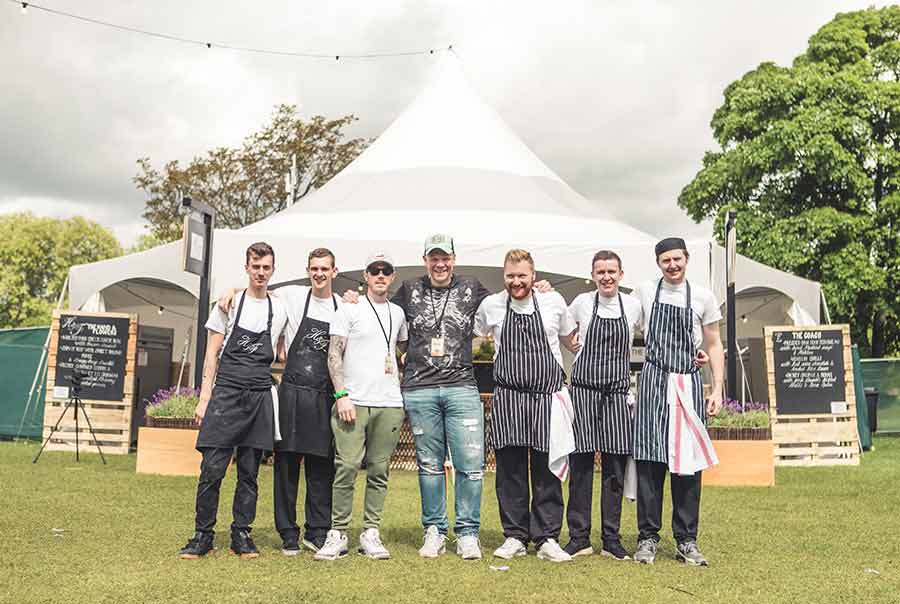 Set in the grounds of the imposing Ludlow Castle, Ludlow’s food festivals are truly unique. Their 2019 Spring Festival will take place on 11-12 May, with the focus on ‘beer, bread, bangers & classic cars’. Brewers from some of the biggest names in the region will be in attendance, including Hobsons, Corvedale, Brecon Brewery, Wye Valley and Ludlow Brewery. Not only will visitors get the chance to sample the beers, you’ll also hear the story behind them: the hints, tips and tricks of the perfect brew. Likely to be the grandest place you’ve enjoyed a pint. 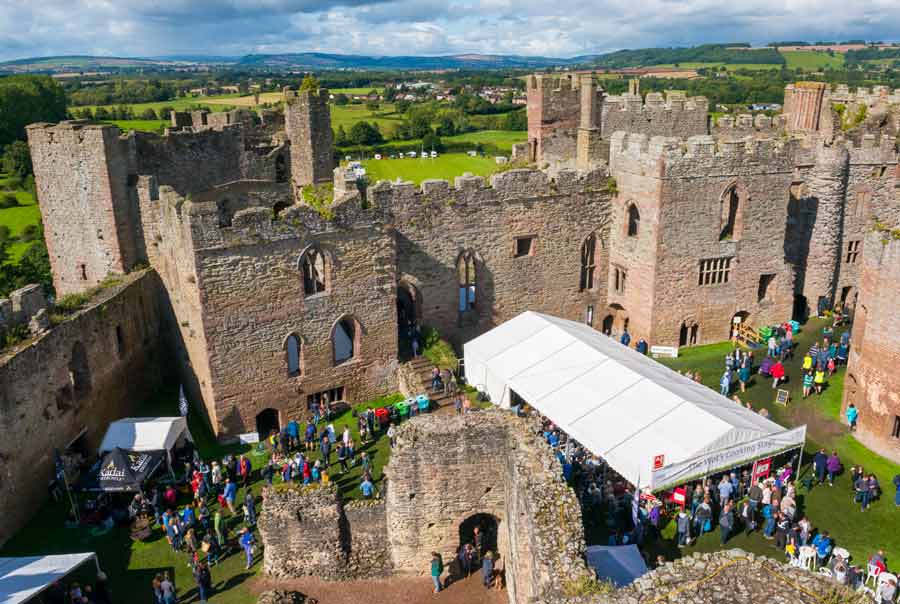 Held in the picturesque seeing of Lullingstone Castle, The Food Fest will be showcasing the best of Kent’s foodie offering, from local farmer markets, breweries, vineyards and local producers. Alongside this there will be plenty of activities for children, including a vintage funfair, giant garden games, cake decorating and street art lessons, so it’s perfect for families. The event is supporting two charities: Children in Action and Ellenor.

The annual Smoked & Uncut festival is more glamour than grunge, and you can expect a line-up of handpicked classic and contemporary artists as well as home-made street food, local ales and plenty of cocktails. The glamorous foodie’s festival is famed for its large family-style pop-up restaurant Feasts which see some of the country’s best chefs cook up a storm for sold-out communal Feasting tables. The 2019 music line-up includes The Noisettes, Razorlight and Rae Morris, who will be performing across three locations: Brockenhurst, Bath and New Forest, with the foodie line-up yet to be announced.

Get in there early and grab yourself some tickets for The Big Feastival 2019, the ultimate feel-good festival located in the Cotswolds. Jess Glynne, Elbow and Rudimental are set to headline on the music front alongside top names from the food world such as Raymond Blanc OBE, Candice Brown and Daniel Clifford. Check out our guide to last year’s festival to get a feel for the vibes. 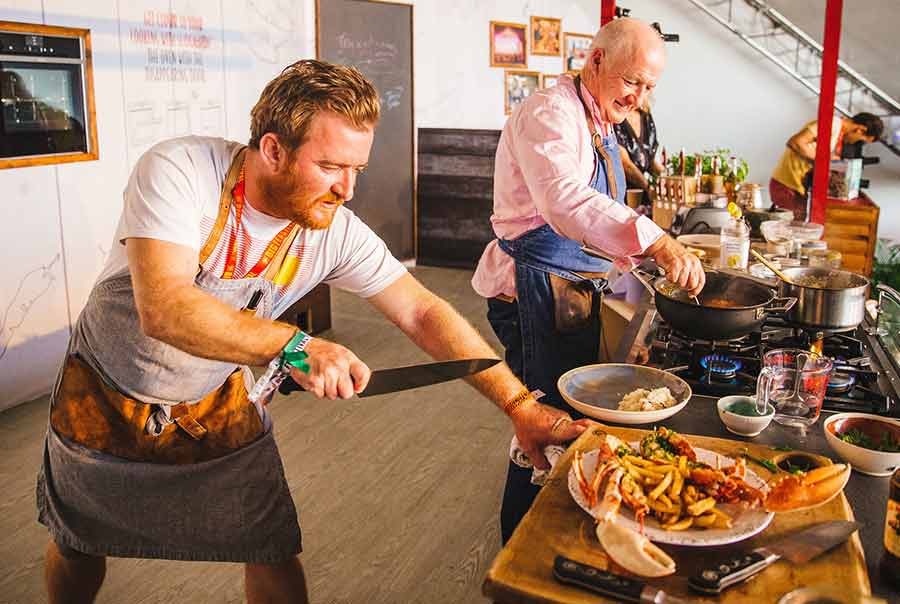 Curated by superstar chef Mark Hix, Food Rocks in Lyme Regis will see the best food and drink producers from around Dorset come together for another year in 2019. The main stage will showcase a diverse mix of interactive cookery demonstrations, talks and tastings, with a line up featuring Mitch Tonks, Angela Harnett and Steven Lamb. 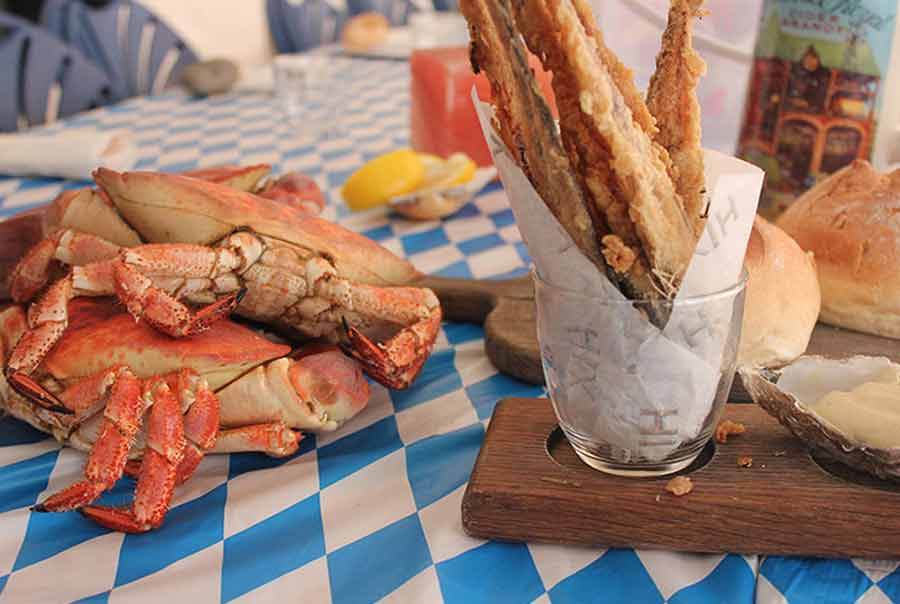 Abergavenny Food Festival, which celebrated its 20th anniversary last year, is a staple on the summer festival calendar. Perhaps the more high-brow festival on our list, it’s known for bringing together chefs, food businesses, journalists, farmers and food producers who flock to the Welsh town to enjoy talks, demonstrations and, of course, lots of delicious food. From tutored tastings, demos from top chefs, tours and forages as well as big parties, there’s something to tickle everyone’s taste buds. 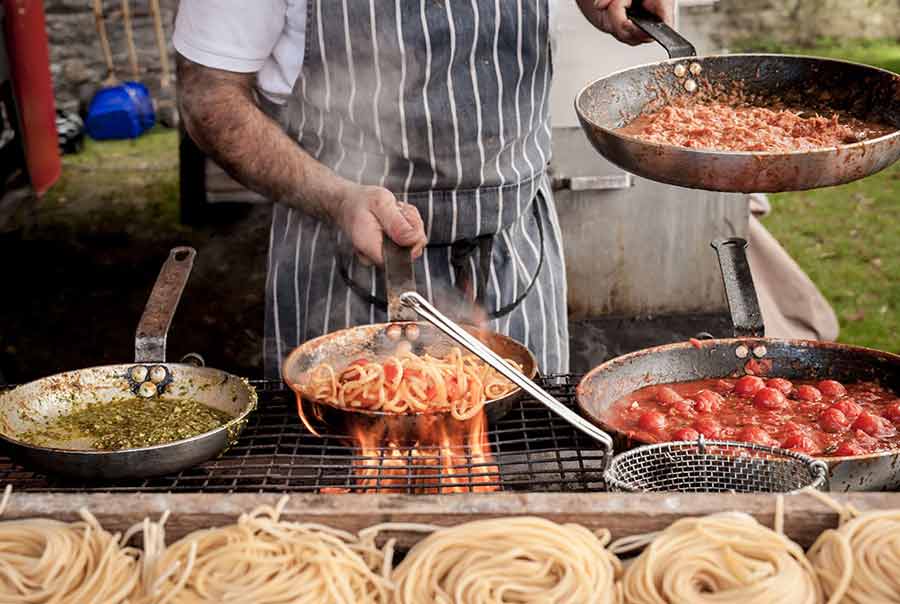 Snape Maltings in Suffolk is home to the famous Aldeburgh Music festival, but also the Food & Drink festival which is widely regarded as one of the best in the country. Next September it’s returning for its 14th year, giving guests the opportunity to experience all of Suffolk’s best food and drink under one roof, with a large indoor market, food stalls, masterclasses, events and talks from renowned chefs – this year the line-up features Tommi Miers, Dan Doherty, Melissa Hemsley, Chetna Makan and Maunika Gowardhan. One to put in the diary. 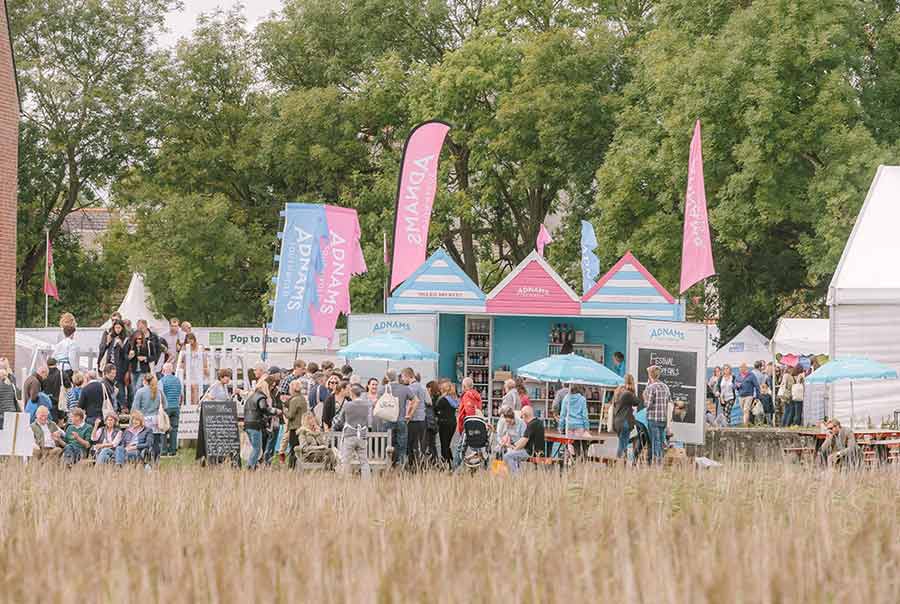