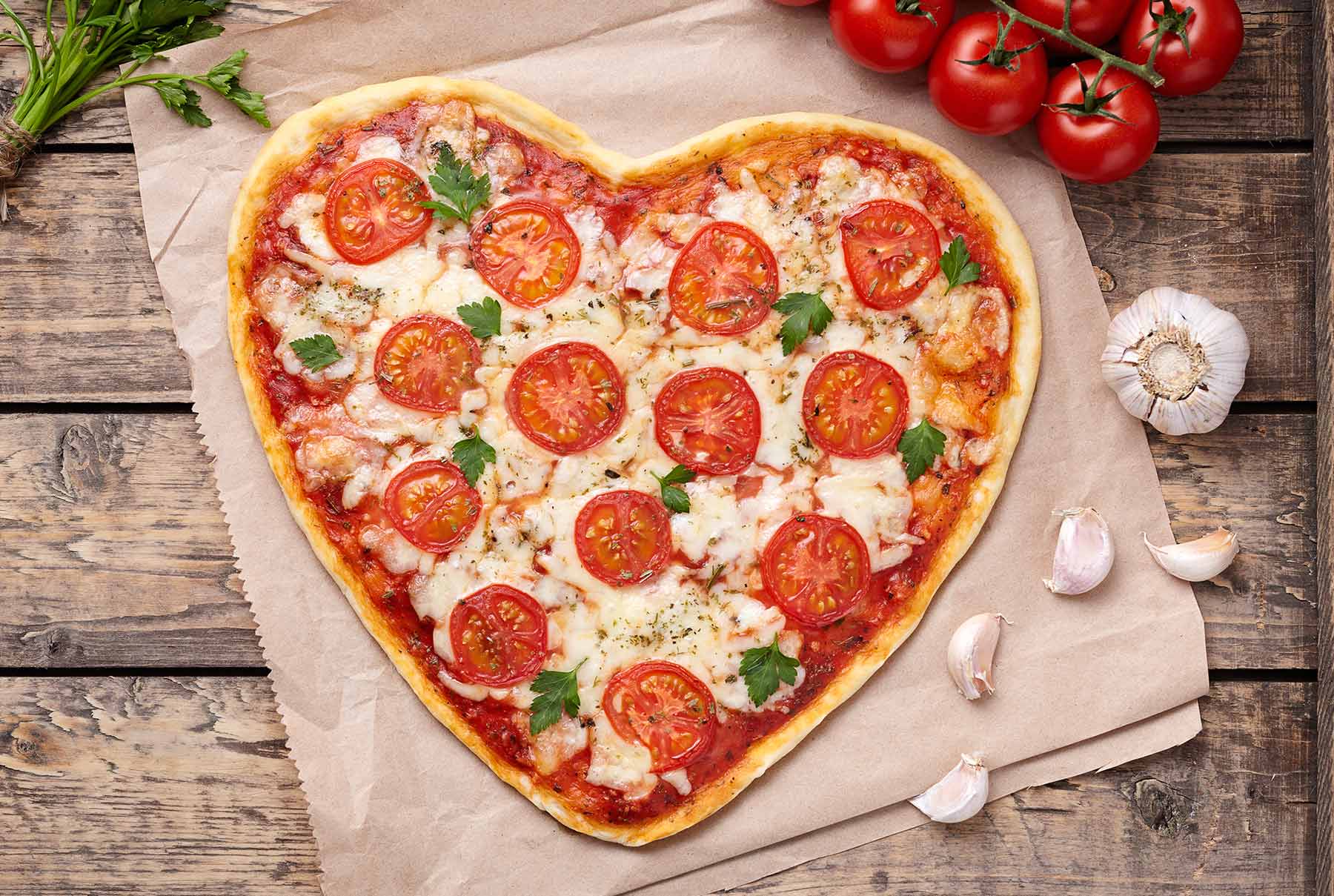 Valentine’s day is arguably one of the most commercialised days of the year. With supermarkets, restaurants and bars all jumping on to the day and pushing you to celebrate by buying gifts, meals out and drinks from them. Many brands have a field day, taking advantage of the occasion and convincing customers that they should spend their hard-earned money despite 52% believing Valentine’s day is a waste of money.

We have rounded up some of the best Valentine’s PR stunts and marketing campaigns to date, so you don’t have to… You’re welcome!

Greggs teamed up with OpenTable and offered couples the chance to have a sit-down meal at selected Greggs branches. The set menu included a composition of canapes, your choice of puff pastry parcel and a dessert of miniature doughnuts with a dipping sauce all washed down with a bottle of prosecco! This meal came in at the bargain price of £15 for two! This campaign gained a huge amount of news and social media attention. 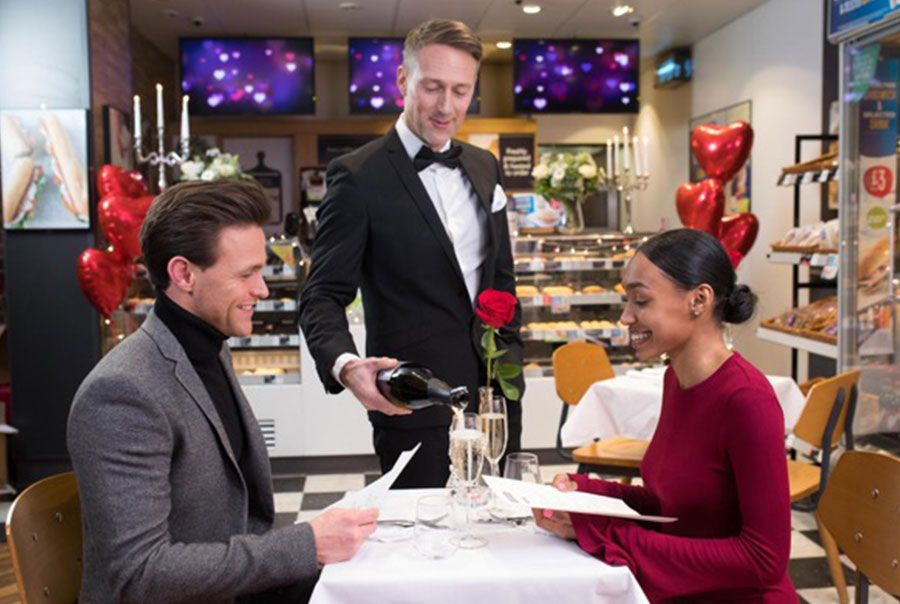 Kraken Rum and the matchmaking octopus
Kraken Rum recruited Ken the octopus to help singletons find love. Those wanting to participate submitted a picture, a shortlist was then chosen at random. Pictures in the shortlist were shown to Ken along with a bit of food. Ken then selected two lucky people to go on a date! The whole process was filmed and broadcasted on the Kraken Facebook page. This campaign was very unique and popular across social media, helping to increase brand awareness! 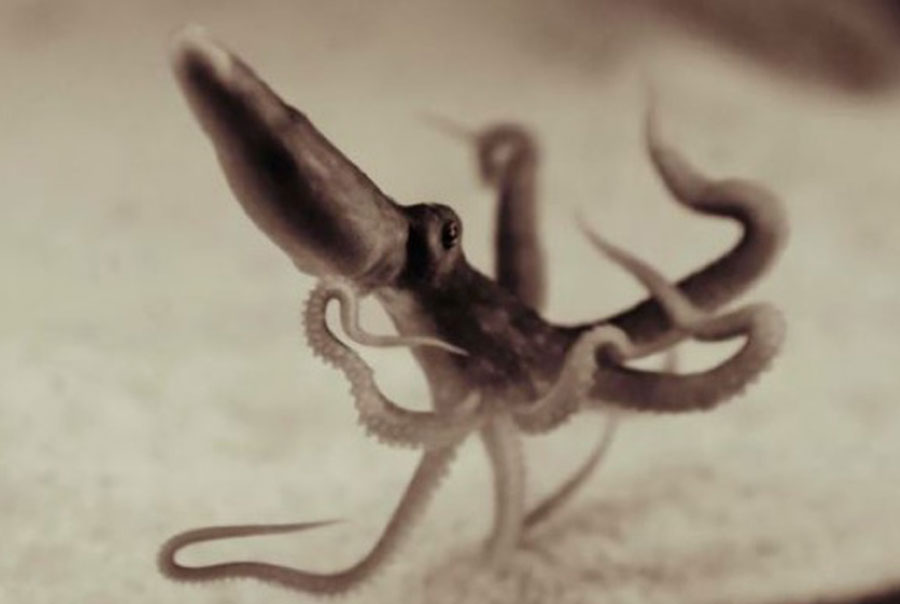 As this campaign was such a success, the following year Snickers teamed up with AMV BBDO to open a pop-up restaurant with the same ‘you’re forgetful’ tagline, this time coming to the rescue of couples who had forgotten to make a dinner reservation. Reservations could be picked up from the bespoke Snickers van parked on Shoreditch. The restaurant the reservations were for was named Oublie (French for forgotten). 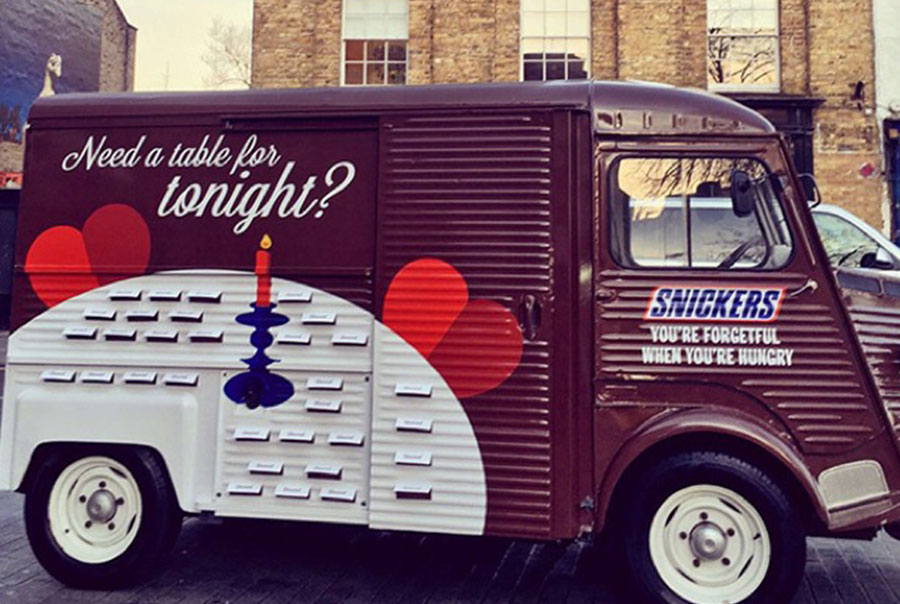 KFC bouquet
Nothing says ‘I love you’ like original recipe chicken from KFC… But the fried chicken brand has decided to take this one step further by unveiling their ‘Bouquet de Poulet’ featuring red roses, Hot wings, Popcorn chicken and tender fillets presented in the classic KFC bucket. You can’t buy these in stores, however it makes for a pretty fun digital marketing campaign and has caught the attention of customers and the media. 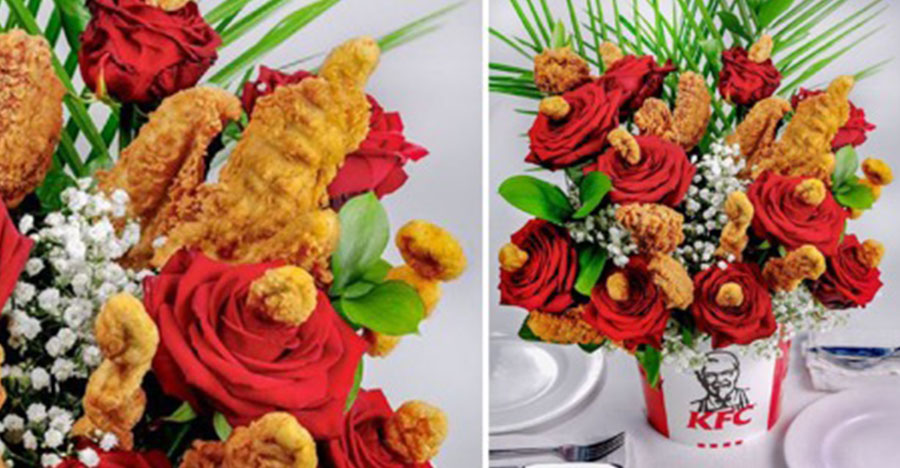 Innocent and their alternative to the traditional card
Innocent, who are pros at creating witty and fun social media campaigns have done it again this year by given customers the chance to personalise a label for a smoothie, best part is it’s all done online and doesn’t cost a penny as you create and print it off yourself. Simple, but I am sure Innocent will get a lot of online engagement from this campaign.

In 2017 Innocent created a ‘cut out and keep’ valentine’s dinner for two, a simple but fun campaign perfect for their brand. 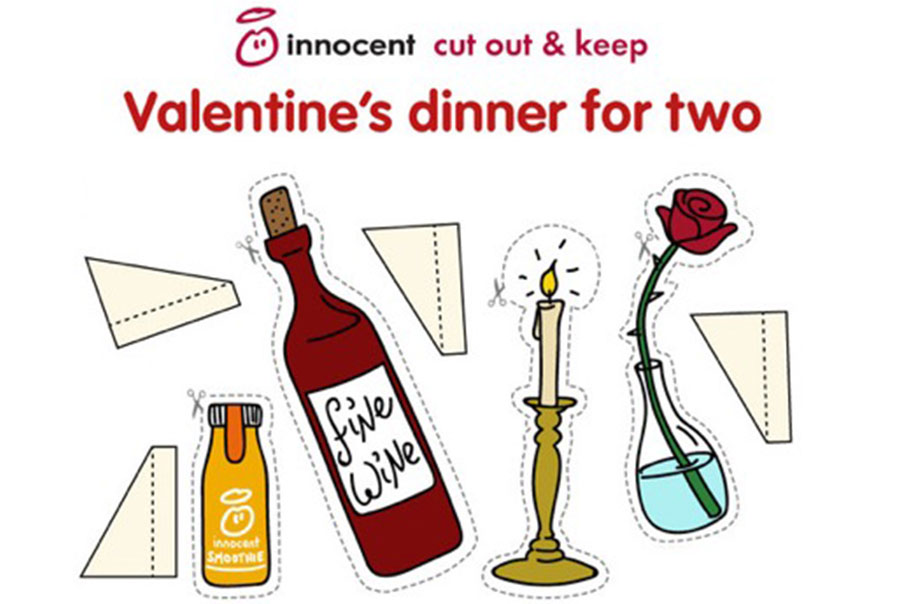 Deliveroo found that 54% of Brits would be happy to ‘third wheel’ a couple on Valentine’s day and a third of couples would be happy to have a third person at the dinner table. So, they created a campaign all about third wheels and had a ‘third wheel meal deal’. They promoted this through a funny video to capture the audience’s attention and promote their deal. This campaign was quite different to the others, which made a nice change and gained a lot of attention for the brand! 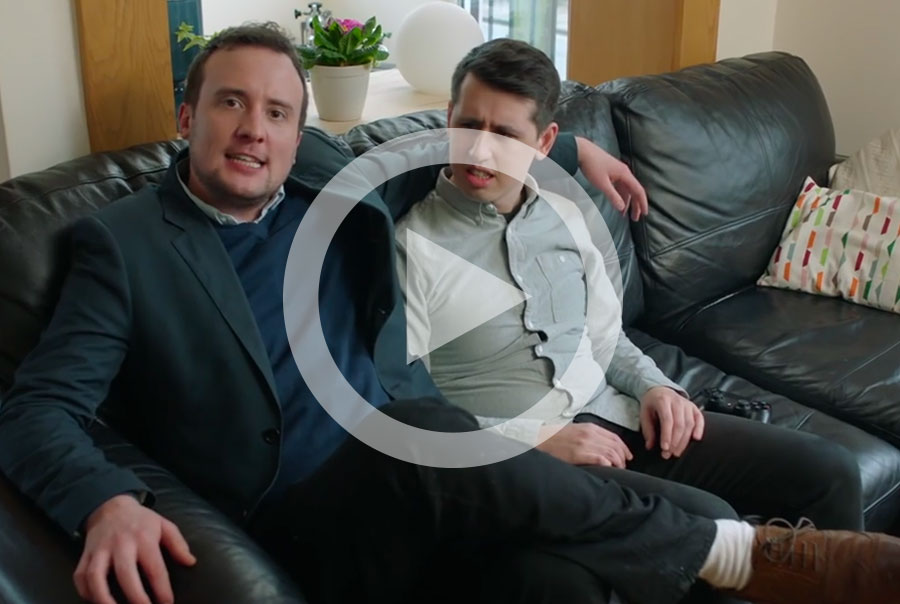 Some companies have just taken an item they already sell and slightly changed them for Valentine’s day, hoping consumers will pick these up for the gimmick alone. This year has seen a huge number of brands doing this including;